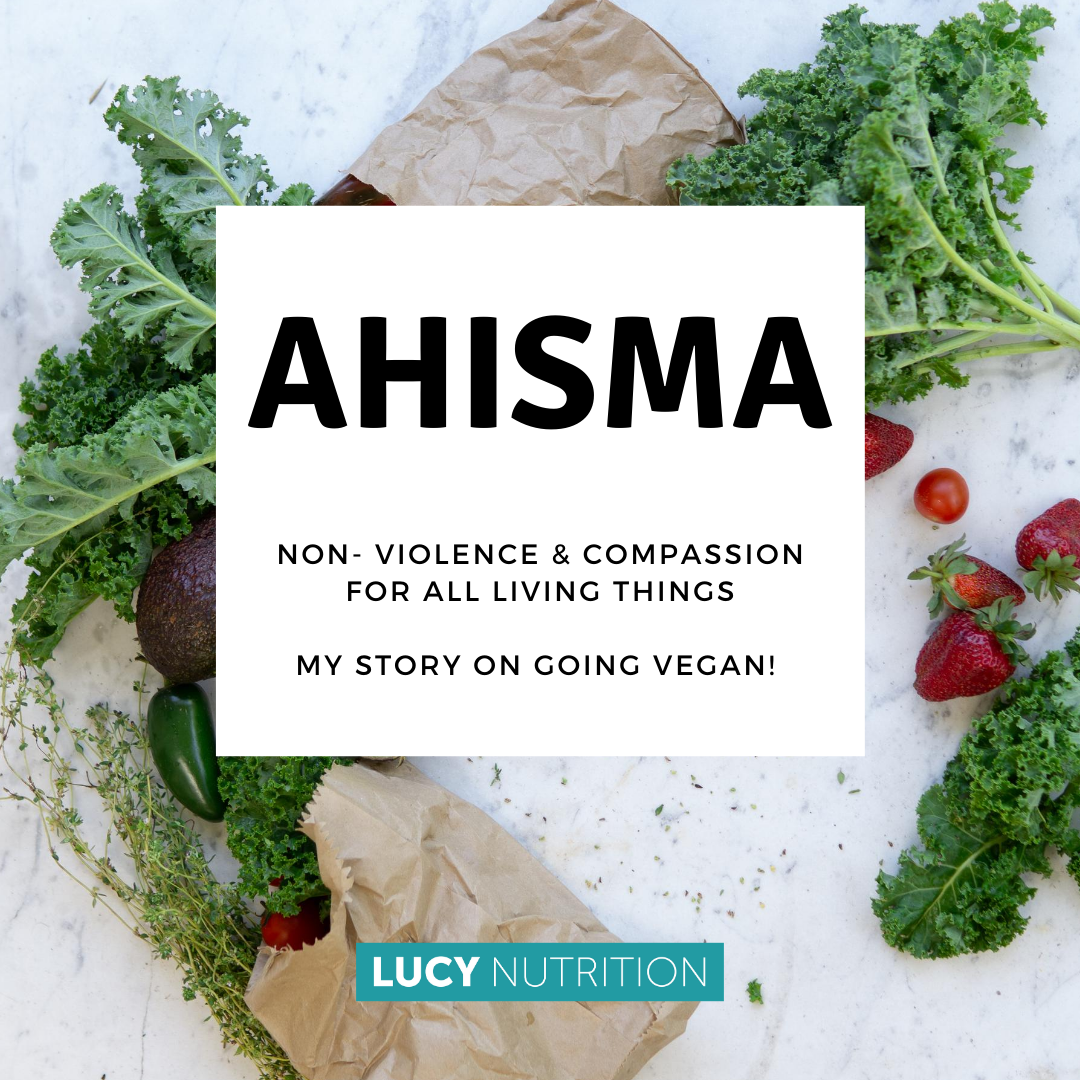 The topic of veganism is very prominent at the moment, partly due to the ethical and environmental elements of it, but also because there is now more choice of alternative food products to keep your diet varied and knowledge has increased around the effects of eating a vegan diet can have on our bodies.

You could say it has also almost become trendy to be vegetarian or vegan and become an eco-warrior.

Why I am going vegan.

I decided to start my journey of becoming a vegan mostly as an experiment to see how my body would cope. Could I still train at my current level? Would I lose muscle? Would I be tired? Also I was really curious to see if what everyone was saying about the health benefits was really true.

I have always been interested in nutrition and trying to find the best and most effective way to fuel my body not only for competing but also for health and longevity of my life as I am not getting any younger. The more programmes I watched on YouTube and Netflix just made me more and more curious so I decided to give it a go.

Aside from curiosity there were other reasons I decided to become vegan, not least ethical and environmental considerations. I will discuss these below but firstly a little background on my diet before I started eating vegan.

I have been vegetarian for about a year now and have had no struggles in getting all the protein and nutrients I need in my diet. I also do not eat dairy products as I believe I am lactose intolerant. The gut ache and digestive issues I get after eating any diary products is just not worth suffering to have them. I must also add at home as a child growing up we were never fed much meat and what meat we did eat was white meat as things like lamb and steak did not agree with my mum so we have never really eaten them.

We ate fish twice per week as a rule, one of which was oily, so our fish consumption was also fairly low. Mum also liked to have one or two vegetarian meals a week for variety and to give us plenty of micronutrients and veg. We never complained, I don’t think.

Over the last two years the eggs I have eaten have been 90% from my own chickens so I know how they have been raised, fed and I know they are kept well and loved.

After looking into veganism a little more and realising I would only actually be cutting out eggs, honey and fish I thought that it can’t possibly be that hard so let’s give it a go for 30 days to start with and see what happens. Would I see any changes in my body? Would my training suffer? Would it be more tired? I guess I thought I would just have to find out.

Aside from wanting to try to see what happens to my body when I eat a plant-based diet I also didn’t want to be contributing to the slaughter of animals or the battery farming of chickens and fish to keep up with the demand from the food industry.

As a child and even now, my house is situated not far from an abattoir and the sound of the animals being killed can be heard from a fair distance. I would also see the men walking around down the street in blood-covered jackets and I think that was the start of putting me off eating meat. I was just able to imagine the suffering and pain the animals felt, even though we are told it is pain free. How can we possibly know, none of us are animals and none have come back from the dead, well not that I know of anyway.  I remember the day a sheep escaped and ran around the neighbouring roads trying to get away. I don’t blame it to be honest.

There is the word I was once told ‘ahimsa’, meaning respect for all living things and avoidance of violence towards others, and this stuck with me and I remembered it the other day watching a YouTube video. I think this was one of the turning points in me deciding to really give a vegan diet a go.

Aside from the way the animals are farmed and killed I found that, after watching more and more programmes on the way farmers feed their animals to bulk them up and the quality of the food was not something I approved of. It then occurred to me that if they are being fed poor quality food and bulked up then the lack of nutrients from the animals is then being passed onto me in my meat, fish and eggs, which was something I was not up for. There was me thinking I was getting top quality meat but actually it wasn’t as the animals were being fed poor quality food and when I cooked the meat goodness knows how much water came out of it. Was my food just being pumped up with water to make it heavier and look bigger? Your guess is as good as mine. But I am not sure I want to think about this too hard.

What surprised me the most was a documentary I was watching the other night that worked out the average protein intake of a gym goer looking to build muscle and stay strong, and it averaged around three quarters to a whole chicken they would need to eat per day. If you imagine how many people are doing this then that is a lot of chickens being killed every year just to eat and feed people. If only they were getting some of that protein from plant sources.

What is also just as astonishing is the amount of protein we all believe we need to eat to maintain muscle and build it but actually it is not as much as you might think. This lack of education in people is also causing more animals to be killed to overfeed us, which is crazy.

This then brings me onto the environmental effects on the planet of eating meat.

Did you know that raising animals for food in the USA uses up half of the water consumed in that country and it takes 2,500 gallons of water to produce a pound of meat? If we compare this to producing wheat it only uses 25 gallons and producing one hamburger uses enough fossil fuel to drive a car for 20 miles. Madness!

We then have livestock manure which emits methane gasses into the environment which produces powerful greenhouse gasses. It is estimated that about 27% of anthropogenic methane emissions account for around 32-40% of agricultural greenhouse gasses. When methane leaks into the air before it can be used as fuel it slowly helps to warm up the atmosphere which, over time, helps contribute to global warming, again not ideal. Our poor planet!

And finally meat production. A massive 51% of the greenhouse gasses come from beef production, just above beef herding for dairy at 33%. Cheese comes in at 13% and chicken 10%.

If we compare this to tofu it is 3%, various beans 2% and nuts and root vegetable around 0.4%.

For me this is a no brainer in helping to look after the environment.

I could continue and run through even more reasons for being Vegan and how it can help our animal farming and the environment but I think you get the picture. For me I don’t think it is fair on the animals and also our planet. I realise that I alone cannot make much difference but hopefully people can read this and even transitioning to one or two vegan meals a week can help make a bigger change.

Aside from the ethical and environmental effects of animal consumption there are many benefits on the body. I will discuss these in a later blog.